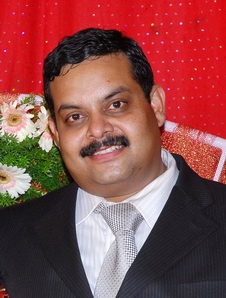 Background: I nurture a research objective of presenting ancient Indian science of Ayurveda in contemporary scientific temper to help broaden the horizons of Ayurveda among scientific community as well as people across the globe. The Department of Neurophysiology, NIMHANS thus gave me the opportunity to be the first Ayurveda post graduate to complete PhD from NIMHANS. With extensive support from Dept. of Psychiatry NIMHANS, I presented the thesis on effect of Ayurveda treatment on mental and Autonomic status in patients of major depression in 2008.

Current Research: Working on Interventional Ayurveda Diet and Ayurveda drug standardization. Our lab proposes to design and develop Ayurveda based diet which, can act as intervention by itself for major disorders of today, can fill in the deficiencies to enhance overall performance of armed forces and strengthen women in delicate physiological states like pregnancy and purpureum.

Research Interests:  Decipher neuro-pathophysiological mechanisms behind the therapeutic action of Ayurveda treatment in Human and animal models with special emphasis on psychiatry and neurodegenerative disorders.