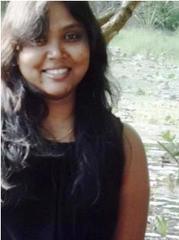 Research Interests:
The functional complexity of our nervous system has always captivated me. The underlying mechanisms involved in various cognitive functions are the emergent property of interacting neural networks. Disturbances in these interacting neural networks as a result of genetic and neurodevelopmental predisposition are being hypothesized as the cause of many psychiatric disorders. And one such disorder is schizophrenia.

We have adopted an animal model of schizophrenia that is based on neurodevelopmental hypothesis. We are primarily interested in the understanding the neuronal mechanisms involved in cognitive dysfunction observed in this disorder. We intend to achieve this by using electrophysiological techniques such as local field potential and single unit activity from different regions of the brain known to be affected in this disorder during an ongoing cognitive task. The study will be supported with behavioral and immunohistochemical studies.