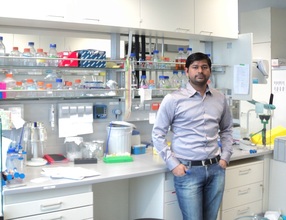 Research Interest:
Neurons are not alone in the nervous system. Glial cells constitute the majority of the cells in human brain and are emerging as major regulators of nervous system development, function, and health.  Despite their abundance in the nervous system we know surprisingly little about any aspect of glial biology. How diverse are they at the molecular level during any brain insult?  How do they interact with neurons?  What is their function in the mature brain? Glia have the impressive ability to sense any neural injury and respond by undergoing “reactive gliosis”, a process whereby glia exhibit dramatic changes in morphology and gene expression patterns, migrate to the injury site, and manage brain responses to trauma.  Reactive gliosis has been a major topic of study in the field of glial cell biology for over a decade, but molecular pathways mediating neuron-glia signaling after injury have remained largely undefined.